Finish What You Start – Or Don’t

Unless you stop faffing about re-writing the beginning of your story/novel, you’ll never finish it.

Believe me, I know this. I am an expert in faffing around.

I’ve spent untold hours/days/weeks/months getting the start of my novels just right. Sometimes that means rewriting the first few scenes time and time again. Sometimes it means starting the story in a different place, either earlier or later than I had first envisaged.

The acknowledged writerly wisdom is that even though you know the opening isn’t perfect, you can move on to the rest of the novel then come back at the end and rewrite the beginning with the hindsight of having a finished story. And, indeed, that’s not a bad idea at all.

For me the opening is my launch pad into the story. Unless I have a clearly defined jumping-off point I find I’m floating in a bit of a vacuum. I need solid ground from which to jump.

I’m one of those writers who is halfway between a plotter and a pantser. At the beginning of a novel I’m usually ‘pantsing’ – i.e. writing by the seat of my pants, trying to discover what the story is about and who the characters are. Though I often have an ending in mind, I can get twenty thousand words on the screen before I start to jot down notes-to-self on where the story is going.

When I started to write Nimbus, the third book in my Psi-Tech space opera series, I think I must have written four or five different openings. (The first one I wrote eventually ended up as a story thread that appeared about one third into the book. So don’t ever throw your rejected openings away. They may still be useful elsewhere.)

The writers’ group I belong to must have been punch drunk when presented with my multiple alternative beginnings, but eventually I got to where I needed to be and with great relief, moved forward.

The book I’m working on at the moment, The Amber Crown, had a clearly defined beginning from the moment of its conception and yet… it has three individual viewpoint characters, all separate at first. So, really it has three beginnings. I wrote it right through to the end and then decided that one of my characters began her journey in the wrong place, so I’ve just gone back and inserted two additional chapters to begin her story much earlier. Not at the beginning, but at her beginning. 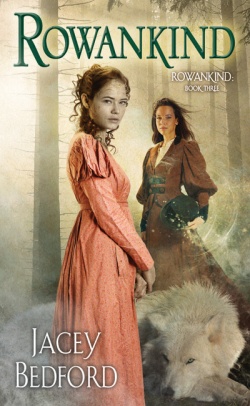 In my upcoming book, Rowankind, (DAW, December 2018), the final book in my Rowankind trilogy (a historical fantasy set in the early 1800s) I was almost ready to send the finished manuscript to my publisher when I finally figured out that I’d left something out that needed to be right at the beginning, so I added in a new chapter.

But what happens when you can’t get an opening to work?

Unless you are a serial abandoner of half-finished novels, there’s really nothing to stop you from saying, “This simply isn’t working.” We all have moments when we think what we’re writing is trash, and it will never work, and it’s the worst thing we’ve ever written, so we have to judge very carefully. Is this one of those phases that all authors go through, or do we really, truly know this book is not working? I have one of those. It’s a book I started writing and spent several months on, but the further I got into it, the less confidence I had. In the end I showed it to my writers’ group and though they didn’t hate it, they didn’t totally love it either. I felt justified in retiring it to the bottom drawer. Maybe I’ll look at it later and be able to see why it didn’t work for me. Maybe I’ll have a sudden insight and know what I need to do to set it right, or maybe it will languish, forgotten forever. Since I have six books published and four more finished, I don’t feel guilty about the one that got away.

Sometimes a thing simply doesn’t work, and we have to admit it.

7 Responses to Finish What You Start – Or Don’t