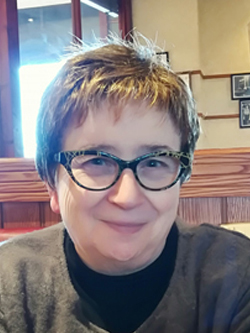 Jacey Bedford is an English writer with short story publication credits in anthologies and magazines on both sides of the Atlantic. She’s published by DAW, in the USA. Her first book,  Empire of Dust – a Psi-tech Novel,  was published on 4th November 2014. It features trust and betrayal on distant worlds. The second book, Crossways, is a sequel in which a search for survivors turns into a battle for survival, and the third in that trilogy, Nimbus, features foldspace aliens like no one has ever seen before. In the meantime, the Rowankind trilogy Winterwood,  Silverwolf and Rowankind, is a historical fantasy with a cross-dressing privateer captain, a jealous ghost, a wolf shapechanger, an impossible task, and an implacable enemy.  She’s currently working on her seventh book, another historical fantasy set in an analogue of the Baltic States, and she’s planning more science fiction. 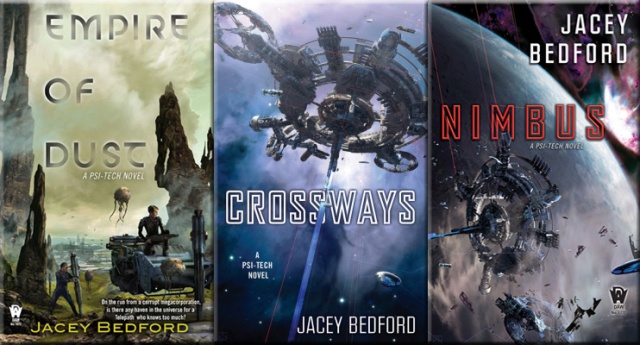 She’s sold short stories to Magazines and anthologies Nature Magazine’s Futures section, to British anthology Her Dark Voice, and has a story in the anthology Futures2 from Nature Magazine and Tor. All her short story sales are listed on her website. The most recent anthology stories are ‘The Horse Head Violin in Children of a Different Sky,  Make me Immortal with a Kiss in Second Round, published by Zombies Need Brains, and she’s a core author for the  Zombies Need Brains 2019 antho: Portals with her story A Land Fit for Heroes.

She lives in a windswept stone house high in Yorkshire’s Pennine Hills with her husband, songwriter Brian Bedford and a sweet German Shepherd called Eska. Her two children have grown and (almost) flown.

She once thought she would like to be a professional horsewoman, but ended up becoming a children’s librarian before touring the world singing harmonies with the a cappella folk trio, Artisan. She now organises UK tours for international folk performers – driving a desk for a living – and also doing immigration paperwork for musicians coming to the UK for short tours. Since Artisan came off the road they’ve done two reunion tours. They never say never again, but have no plans for major touring at the moment.

She’s the current hon. secretary of Milford SF Writers, which organises an annual peer-to-peer workshopping week for published speculative fiction writers each September, and a writing retereat week each spring. http://www.milfordSF.co.uk. She also co-ordinates NorthwriteSF, a quarterly face to face writing group for speculative fiction writers in the north of England.

If you point your web browser at www.jaceybedford.co.uk, you can catch up with Jacey’s writing and if you like harmony singing take a listen at www.artisan-harmony.com. She bookblogs on Dreamwidth as jacey, has a Facebook presence under her own name, and tweets intermittently @jaceybedford. 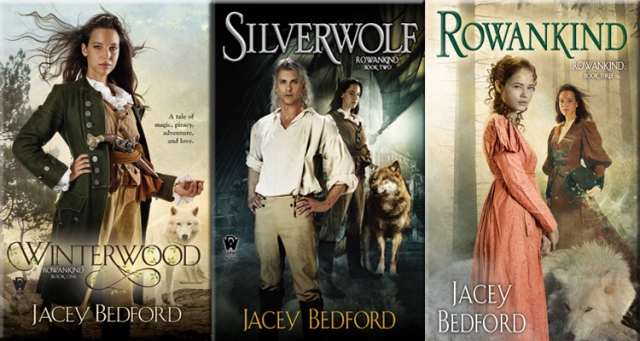