What’s in a name?

When writing historical fiction it’s sometimes difficult to pin down names. Things change and sometimes the change is gradual. For instance I live in a tiny Yorkshire village called Birdsedge, or maybe it’s Birds Edge. No one really seems to know for sure. It’s currently in a state of flux and both names work. (My preference is for Birdsedge to be all one word.) When I first moved here in 1980 the village sign when approaching from one direction said Birds Edge, but the sign when approaching from the other said Birdsedge.

Confused? You will be.

An old diary (Adam Eyre’s Diary) from the 1770s called it Bursage and if you listen to some of the long-time residents they pronounce it something closely akin to B’zzidge, the vowel after the B being an uh sound that’s not quite E and not quite U. (A schwa?)

The village doesn’t seem to have been known as Birds Edge until the 1851 Ordnance Survey map. That map was literally drawn up by teams of redcoats, often with no local knowledge. I can just imagine some sergeant and his troopers, with chains and tackle, arriving to measure the land for the queen. The sergeant approaches the nearest local and taps him on the shoulder: My good fellow, what is the name of this place? The local replies: B’zzidge. The sergeant looks puzzled for a moment. How do you spell that? he asks. Huh? the local replies. So the sergeant takes a stab at it and the closest he can come up with is Birds Edge. Thus the name is born, but all the locals, quite oblivious, continue to call it B’zzidge. Where did B’zzidge originate? No one knows.

In Winterwood and Silverwolf I briefly mention Wimbleton on the outskirts of London. It’s easy to assume I’ve made a typo because everyone knows it’s Wimbledon, right? Err, not quite right. Wikipedia says: The name is shown on J Cary’s 1786 map of the London area as “Wimbleton”, and the current spelling appears to have been settled on relatively recently in the early 19th century, the last in a long line of variations. But when did it change? I don’t know. It’s probably one of those gradual things, but there’s a fair chance that in 1800 and 1801, when my books are set, it’s still Wimbleton.

At one point my characters (in Winterwood) are riding through London. They’ve crossed London Bridge from the south and turned right, heading towards Wapping Old Stairs to meet up with their ship which is anchored in the Thames. They ride down St Catherine’s Street. My copy editor checked the name and stuck a note on the manuscript that said: Just a history note, it seems like (as you must have found out yourself) mapmakers from 1740 to at least 1840 called it St. Catherine’s, but back in the 1600s and then starting again in the 1880s, it was written as St. Katherine, and now’s gone even weirder to Katharine. I can’t figure out any kind of reason for this, but you’re spot-on with your historical street names! Whew. I found the closest map I could to the date and it seems (more by good luck) that I got it right. 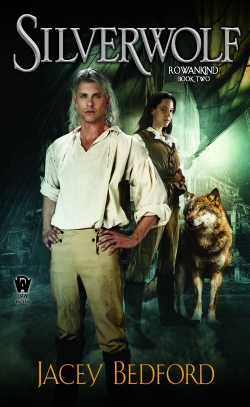 My editor also queried Kennington Gate, which is where my characters paid their toll on the road into London. Should it be Kensington? she asked – because that’s a name everyone knows. Nope, Kennington Gate is correct for the period.

I’m sure I have some errors in there somewhere. There are many traps and it’s impossible to avoid them all. Anachronisms are bound to creep in. Every author tries their best, but unless you are a historian expert in that particular time period, you can easily get something wrong. Sometimes you deliberately change things for the sake of the story. Other times mistakes slip in.

I was reading a popular historical novel by a very well known author and it’s set in the 1750s. The end of the book happens in London. A crowd gathers on Vauxhall Bridge. As I read it my blood ran cold, In Winterwood, my characters are on the Thames in 1800 crossing the river by boat at Vauxhall Stairs and plainly Vauxhall Bridge is missing. Aaargh. So I rushed to the all-knowing internet only to find that Vauxhall Bridge was indeed NOT THERE in 1800 (so certainly not there in 1750). Wikipedia says: Opened in 1906, it replaced an earlier bridge, originally known as Regent Bridge but later renamed Vauxhall Bridge, built between 1809 and 1816 as part of a scheme for redeveloping the south bank of the Thames. The original bridge was itself built on the site of a former ferry.

Winterwood came out in February 2016 and Silverwolf is due in January 2017, so you can see for yourselves whether I’ve made any historical mistakes. Just in case I have, I would like to remind you that it’s a historical fantasy. If I can invent Bacalao, a completely fictitious island that sits in the middle of the Atlantic, then any street name in London that you think is wrong is probably wrong for a reason.

<Ahem.> That’s my story and I’m sticking to it.

4 Responses to What’s in a name?