About Literary Agents and How to Get One #1

I may have a slightly weird perspective on agents because I am one–not a literary agent, but a music booking agent. In my day job I run a music agency arranging tours and getting gigs for folk musicians, home grown ones and also those coming into the UK. There are parallels between this and my literary life. Just like a literary agency I get a lot of approaches from prospective new music clients who want me to book them a tour (or ‘make them famous’ – yeah, right!). Just like a literary agency I have to reject most of these approaches for a variety of reasons, generally a) I’m just too darn busy with the musicians I already have; b) the music isn’t a good fit with my tastes; c) the musician has made enough basic errors in their approach that I know I’m not on the same wavelength; d) they are musically not up to the level where having an agent would do either them, or their agent any good, business-wise. So I send them a polite no-thank-you. That’s pretty much the equivalent of getting a form rejection from a literary agent.

So… getting a literary agent…

I have a great literary agent and I’m currently writing my fourth book. Three have been published already and I have a further contract for a fifth book, due in 2017. But let’s turn the clock back a few years to when I was an unpublished author, struggling to get an agent and a book deal, and wondering if I’d ever make it. It’s not that long ago…

My current agent, the lovely Amy Boggs of the Donald Maass Literary Agency is my third literary agent. (Yeah, I know, and you’re still hoping to find your first, right?) My first agent and I fell into each other’s laps after a recommendation from Anne McCaffrey (a friend of a friend). The agent took me on, practically sight unseen, and I never went through the trauma of making a formal submission. [Agent] tried to sell my first book and failed, but sent me a full rundown of who’d seen it and where it had been, including a copy of the very nice letter from a major publisher which said ‘We nearly bought this, but…’ I wasn’t too disappointed. First books can be problematic, right? But when I sent [agent] my second book I got a bit of a runaround. It was obvious that the agency relationship was going nowhere, so with regret I terminated it.

Getting agent number one had been so easy that I had no concept of how difficult it would be to get another agent. I was back at the beginning, learning how to write a cover letter and deal with the whole submission process. (I’ll cover that in another post.) I was used to submitting short stories to magazines and even sending full books to publishers’ slushpiles, so I had the no simultaneous submissions rule pretty firmly in my head and I carried that forward into my submissions to agents. Submitting to only one agent at a time, and waiting, and waiting, and waiting. Some agents (bless them) rejected pretty quickly, some took six or nine months to reject (sometimes after going through the send-the-full-MS stage) others never responded at all. Skip forward eight years, and in that time I’d made about nine agency submissions, one painful long-drawn-out application at a time.

And then I got my break, a relatively new agent with a big New York agency who was just building a client list and whose guidelines said that [agent] did not necessarily require an exclusive submission, but if the author wished to give [agent] an exclusive then [agent] would respond more swiftly. I’d been giving agents exclusives for eight years! So I submitted, made sure [agent] knew it was an exclusive submission and waited. Bang on the time given in the agency guidelines I got a response asking for the full manuscript and shortly after that an offer of representation.

I was elated! (That may be a slight understatement.)

Unlike my first agent, who just took my MS and submitted it, Agent2 was a hands on agent and worked with me to improve my manuscript before finally saying it was good enough to send out. I really liked Agent2 and was very hopeful. Then… with my book under submission, my agent decided to get out of agenting. Devastated doesn’t even begin to cover my feelings.

So now I had a book that Agent2 thought was perfectly marketable, but had already been seen by at least four of the major publishers with no success so far, and I was back to square one. No agent and no book sale. Though I did have a much improved book, thanks to my agent’s editorial advice.

But by this time I’d begun to wise up. There’s nothing in the (unwritten) rules of submitting that says you can’t sim-sub to agents. I figured that I didn’t want to waste another decade with eight or nine agency submissions, so I decided to submit to all of them at once. Well, not quite all of them and not quite all at once, but…

I decided to make getting an agent my ‘job’ for the next few months. I began with research. There are a lot of websites out there that list agents and what they are looking for, one of the best being agentquery.com which claims to be the internet’s largest free database of literary agents. I can easily believe that, though it is North-American in bias. I supplemented this with the Writers and Artists Yearbook in the UK (I’m British and I was looking on both sides of the Atlantic), and Chuck Sambuchino’s Guide to Literary Agents blog on the Writer’s Digest website. Writers Digest also has a print publication. Chuck’s blog is particularly good because he features new literary agents who are building their lists.

I also checked the Absolute Write ‘Water Cooler’ forums and Preditors and Editors  which flags up scams and problems with literary agents who aren’t quite what they seem to be.

Then, having built up my own database I started with my top picks and sent targeted submissions to each one individually, checking their websites and following their own guidelines. I also wrote an individual cover letter for each one, picking up on their likes and dislikes if at all possible. I sent out fifty of these in a month. It was practically all I did. I was straight with them that the book Agent2 had submitted had already been seen by four publishers and that the only reason I was looking for a new agent was because my previous agent was retiring from the business.

(Just as an aside at this point, I was fairly sure my basic submission letter was as good as I could get it, but if you’re a new starter, you might want to send to maybe half a dozen agents initially and see if your approach is hitting the mark. This gives you chance to revise your submission package until it’s as good as it can be.)

In the meantime I sent my manuscript to a publisher I really liked and one that I knew had not yet read the manuscript that Agent2 had submitted. I did it with a recommendation from a friend already published by that publisher, which may have placed me closer to the top of the slushpile, and certainly got me a note from the editor promising that she would read it as soon as she could, but that she was very busy. (Editors exist in a state of being very busy all of the time.)

I began to get responses from my agent submissions. Some were form rejections, others were polite personal rejections and a few – enough – were requests for full manuscripts, which was encouraging.

Of course, there were agents who never responded at all. Now I’m going to leap back to my job as an agent in the music business. It only takes fifteen seconds to cut and paste a form rejection. I always try to respond even if the answer is: I’m sorry but I’m not taking on new clients at this time, thanks for your interest. A nil response is more cruel than a negative response, because at least a negative response allows you to draw a line under the query and move on. Next to YES, the second best answer is NO. When someone has taken the time and trouble to send an individual submission, the least an agent can do is to send a form email back saying. Thank you for your submission. If you haven’t heard back from me in [number of weeks] I’m afraid the answer is no. (Or at least put that information on their website.)

Anyhow, my fifty submissions were still in the early stages. I’d begun the whole process in May/June. I’d had rejections from some, had not heard back from others (but there was still time) and had sent full manuscripts to a few and was waiting to hear back. Then in July I got that email that every author wants. Sheila Gilbert at DAW said, I want to buy your book, when can I phone you?

Let me just say that again: I want to buy your book, when can I phone you?

And it was Christmas and Birthday all at once.

Now I didn’t need an agent… but, hang on, yes I did. Why? Agents do more than sell a single book, they negotiate contracts, offer career advice and support and sell books for foreign language translation. My editor said she was happy to do the contract direct with me or to work through my agent, to which I said: Can you give me a week on that? She agreed.

So I looked back at my list of agency submissions and picked out my ten favourites. Some had already asked for full manuscripts, some had not yet responded and one had already sent me a rejection, but I figured with an offer on the table she might change her mind. (She didn’t – but I respect her for that.) My email basically said I’d had an offer for my book and I would need a response within the week if the agent was interested in discussing the matter of representation further.

To cut a long story short: within a week I’d had five firm offers of representation and one agent was very keen but actually away from the office travelling overseas and couldn’t promise to get back to me quickly, but if I could wait…

Anyhow, within a week I’d had long telephone conversations with the five who made offers, narrowed it down to one British and one American agent, both from highly respected agencies. I dithered for a couple of days, weighing up pros and cons. In the end, there was nothing to choose between them, so I went with my gut feeling and picked the one I’d been most comfortable chatting to. And I’m so pleased that I did. 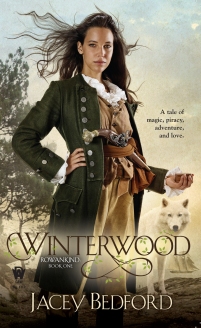 As a postscript to this, one of the (well known) agencies which was a nil-response from my initial fifty, did eventually send me a rejection – almost two years later. By that time I had a three book deal and my first book was already published.

So what can you take from the above?

In another post I’ll cover the actual submission process.